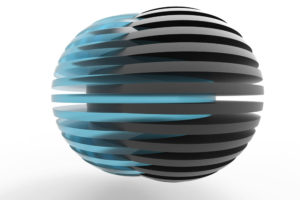 It would be a significant understatement to say that negotiating and executing a merger in the middle of a pandemic is complicated. However, it is not impossible. While we expect merger activity among law firms to be down in the second half of 2020, we are seeing an increasing number of firms begin to reinvigorate their growth strategy and consider merger.

At firms that recognize the underpinnings of their growth strategy remain sound, firm leaders are approaching growth-through-merger from a position of strength. They may have put execution on pause during the peak of the pandemic, but they are now returning to their strategy and exploring potential paths to achieve their growth objectives. These firms may now be more risk averse than in previous years, but they recognize that if there is a good strategic fit between the firms, combinations can be both strategically and economically attractive.

On the other side of the equation are firms, particularly some smaller and midsize firms, that are finding economic conditions remain challenging for their clients, and the overall level of demand for their services will remain below expectations and budgeted levels. These firms may be able to offset this lower level of demand by slimming headcount, reducing occupancy costs, and bearing down heavily on expenses. This may work for some firms. For others, it is likely to be an ineffective response. Despite lowering overhead, dramatic cost reductions can adversely impact overall competitiveness through, e.g., loss of critical mass and/or expertise to undertake certain work; costs increasing due to previous economies of scale disappearing; and having the wrong staffing mix to undertake work profitably. For these firms, merger may well make better sense.

This sort of ‘defensive strategy’ combination occurs even in normal economic times, but in light of current market uncertainty, we expect to see an increased level of activity as more firms feel increased financial pressure. These combinations will be particularly attractive if the smaller firm has minimal long-term commitments or liabilities in terms of office space, IT commitments, or severance obligations.  However, it should be noted that these mergers are not immune from risk or difficulty. Often times, defensive strategy mergers face challenges with integration as partners in the smaller firm may have felt that merger was not their preferred option. Mergers, in general, also present risk that the combination will be costly, lacking in synergy, and/or present burdensome managerial distraction. This may result in a bigger firm, but one that is no more financially or strategically competitive.

In cases where merger is a combination of firms rather than acquisition, the complexity increases. To achieve successful integration and realize the strategic and financial benefits of the combination, all of the well-established principles of merger must be met:

The Need for Speed

There is an additional challenge in current times: the importance of speed. In highly uncertain environments, there simply isn’t the luxury of time. Law firm leaders have enough on their plates and cannot afford to be distracted with protracted merger discussions. That is particularly the case if one or both firms face the risk of losing key partners, as merger discussions have the potential to incite attrition.

The need for speed is not, however, a euphemism for skipping critical steps in merger discussions, negotiations, and all-important due diligence. In fact, it is even more important to be thorough when one or both parties are facing significant challenges.

What the need for speed does mean is establishing an efficient and reasonable timeline, and sticking to it. This requires defining a clear timetable for merger discussions and negotiations at the outset, with clear stages, milestones and timelines. And then, of course, holding both firms accountable for maintaining it.

Firms must consider their particular circumstances in developing a timetable for merger, but generally discussions should be broken into the following stages:
Clearly, what is considered a primary vs. secondary element of the merged firm will not be the same in all circumstances. Yet, core primary elements tend to include combined firm strategy, governance, alignment of key financial metrics, partner compensation, and partnership structure. In most instances, secondary elements tend to be more focused on operational considerations.
Some firms will choose to seek their partners’ commitment at the completion of each stage  to continue with discussions and negotiations, while other firms may to decide to work through several or all stages before engaging in extensive partner consultation and seeking approval.

It should be noted that most mergers, and particularly ones of scale, require a significant investment of time, energy and expert leadership – from the early stages of defining the business case to the nitty gritty details such as developing a combined firm approach to governance or partner compensation model. In addition to building partnership buy-in, firms would be well advised to seek industry best practices in order to create a more competitive combined firm. With the right leadership and guidance, this can all be accomplished within the agreed upon timetable.

Completing mergers in the best of times is a real challenge. Doing so during the most challenging of times is even tougher. Firms need to be highly focused and committed to both maximize the chance of success and to ensure that excessive time and resources are not wasted on a potential combination that should have been identified as a non-starter early in the process. By getting this right, firms committed to a growth strategy will be able to take advantage of merger or acquisition opportunities that may not have existed in better times, and be well positioned for future success.