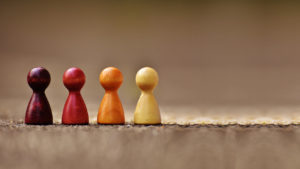 In recent years, law firm partnerships have continued to become more senior. As firms become less leveraged, partnership comes later due to extended associate tracks and partner retirement ages get older. We have worked with firms where more than 50% of the firm’s revenue is attributed to partners over 60 years old. Clearly, a heavy dependency on senior partners for client generation and relationship management creates risk for the long-term stability of the firm’s revenue stream.

Succession of client relationships is a top-of-mind issue for many law firm leaders.  Yet it remains a challenge for leaders to make meaningful progress, often because partners resist succession efforts. In some cases the resistance is for legitimate reasons, but in other instances it is based on myths. Our work with law firms and our interviews with the clients of law firms highlight many of these illusions..

Myth 1: The client only wants to deal directly with me.

In a recent interview, a client commented “Our relationship is with Joe and we are concerned because I don’t know who is backing him up. We are going to start working with another firm in addition to Joe’s firm so that we have a back-up plan.” In this instance, and in other similar situations, the client has taken succession into their own hands to protect the company, and Joe’s firm stands to lose some, if not all, of the relationship. Another client said, “It’s time for us to meet another really good lawyer who does the same thing as Mark,” again indicating that the client wanted to see other partners involved in their matters.

Myth 2: The client knows our team.

One of the reasons Joe’s scenario in Myth 1 occurs is because the relationship partner may in fact have a team working on the client’s matters but has not given the team an opportunity to interact with the client in a meaningful way. A relationship partner (who happens to be over 70) recently told us that Jenny was key to the client relationship and his likely successor. In a conversation with the client, they agreed that Jenny had done great work, but then added “We’ve never met her, John handles all our meetings.”

Similarly, partners who may be directly involved with the client but always in a support role may not be seen to be positioned as a potential successor. While doing great work is certainly critical, the likelihood of a successful transition of the overall relationship when the client only sees Jenny as a behind the scenes worker is risky at best.

Myth 3: The client trusts me to select a successor when the time comes.

Relationship partners frequently believe that they have a general succession plan in place and the client will be on board with it when the partner announces that s/he is retiring. However, they are reluctant to share that plan with the client because they don’t want to raise the prospect of their retirement with the client. This may be because they are concerned it will destabilize the relationship, or perhaps, they fear that the client will be less dependent on them once the successor is introduced. Of course, compensation incentives can also be at the root of this reluctance, if beginning the succession plan earlier would require sharing origination or other credits.

Unfortunately, clients may view this silence about succession as the lack of a plan and, like the scenario in Myth 1, will begin to take matters into their own hands. Or, when the plan is presented, the client may be uncomfortable with the chosen successor. At that point, it may be too late to introduce a new partner into the relationship.

Myth 4: No one is capable of taking over the relationship.

Separate from the client perspective, relationship partners will sometimes say that there is no one who has the right mix of legal skills and relationship skills to take over the relationship. Or, they will point to the people who do have those skills, but note that they are preoccupied with their own clients and books of business and aren’t available. Often, as previously discussed, the partners who have worked with them on matters for the client have been in a service role and have had little direct exposure to the client. Some may be too junior to be a viable successor in the near term.

But, more often, this is a result of inadequate planning or crosswise compensation incentives, rather than a true lack of capable talent. The junior partners who once worked with the client likely moved on once they saw that there would be little opportunity for them to have a meaningful role in the relationship. The relationship partner had very little incentive to bring anyone else along because it may have required sharing credits. By the time the issue is identified, it may be too late to develop an appropriate successor.

Myth 5: There’s nothing in it for me.

Okay, this one isn’t exactly a myth. Compensation incentives are often focused on a partner maintaining their book of business until the end. Even firms who have focused on client succession from a process perspective have not always aligned the compensation incentives to support succession. While most partners are motivated to do the right thing for the client, and do the right thing for the firm, they don’t want to be financially penalized for those actions.

By way of example, a firm with a well-articulated succession planning process, which protected partner compensation during a 3-year phase down period while partners focused on transitioning their relationships, found they were getting pressured to reduce a partner’s compensation because “his numbers are down” during one of the initial transition years. In fact, this partner had worked hard to successfully transition his relationships and had shifted credit during the year. Luckily, the Compensation Committee did the right thing, but the message some partners take from that type of experience is that a partner whose originations are reduced during phase down may be viewed as an underperformer by fellow partners.

Firm leaders must continue to focus on effective succession of client relationships as part of overall succession planning initiatives. As we have written before the approaches may need to be different depending on the partner, the client, and the circumstances. However, breaking through the myths will require some specific steps:

Not all clients can be successfully transitioned, but breaking down the myths certainly increases the prospects for success.