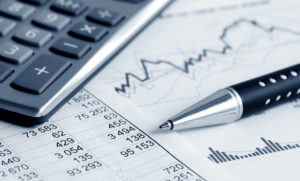 After several years of explosive growth in law firm demand and financial performance, firms now face the potential for a shift in financial strategy, moving from a period focused on practice and revenue growth to one of maintaining financial stability. During this time of transition, firms need to revisit a critical tool for managing cashflow and ensuring financial stability – contributed capital. Contributed capital is a relatively underappreciated tool available to law firms seeking to manage and balance firm financials. As a result, firms have been slow to reevaluate and realign contributed capital systems as they have expanded in size or geographic reach and adapted partnership structures.  Coming off several years of particularly strong financial performance, the time has never been better to assess capital needs and consider strategies for fine-tuning capital systems.

The Purpose of Contributed Capital

Like many other types of business, law firms require capital to fund operations, to finance growth, and to weather rainy days. Partnership contributed capital provides a primary source of capital for most US based firms. Other sources, including undistributed earnings and bank debt, are used to varying degrees, although these sources can be less advantageous than contributed capital. Bank debt, particularly without a corresponding contributed capital system, can become both expensive and destabilizing in periods of economic weakness and shrinkage, and too much bank debt can even act as a catalyst towards dissolution. Long term undistributed earnings in a cash basis accounting partnership model results in phantom income, creates undesirable tax consequences for partners, and therefore, is typically only applied as a shorter-term capital source.

Contributed capital is a key tool in creating fiscal responsibility and commitment among equity shareholders, as well as illustrating financial stability to banks, laterals, and potential merger partners. Partnership contributed capital offers law firms both defensive and offensive strategies in support of law firm financial management. As a defensive play, contributed capital not only serves to finance the lag time from the recording of billable time to the receipt of payment, but it also reduces (or in some firms, eliminates) the need to take on bank debt to fund operations. As an offensive strategy, contributed capital funds critical growth initiatives, including underwriting new lawyers during training and ramp up periods, financing the pipeline for laterals (who come into the firm without a build-up of work in progress or accounts receivable), and financing the opening of new offices and the expansion of existing offices.

Most law firm capital systems rely on capital contributed by equity partners with post-tax dollars according to the firm’s capital funding policy. These systems are typically structured as “cash in-cash out” systems, with no appreciation, and, for many firms, without interest on contributed capital. Many capital policies allow for a phase in period for funding a partner’s initial contribution, although a growing number of large firms require the initial contribution upon admission to equity partnership, typically via a firm negotiated bank loan available to individual partners.

In determining a contributed capital methodology, we see firms employ a range of approaches, including:

The Rationale for Re-examining Capital Systems

For many firms, the methodology being used to determine an individual partner’s contributed capital obligation was adopted decades ago at a time when the firm’s size, geographic platform, and equity partnership were a fraction of what they are today. Accordingly, the firm’s capital needs were far more limited. As firms have grown in headcount, expanded their geographic reach and added office locations, and pursued more aggressive lateral growth strategies, the capital needs of firms have increased, in some cases dramatically.

The ability of a firm’s capital system to keep up with the firm’s growth over time hinges on a number of factors, including the type of system being used, the growth trajectory and capital needs of the firm, the firm’s growth in profitability, and the partnership structure. For some law firms with capital requirements tied to income, contributed capital models have kept up with firm growth due to an expanding equity partnership and increased profitability, which has translated into larger capital contributions from the partnership. However, some of the firms using these systems have seen stagnation or decline in the size of the equity partnership due to higher promotion criteria, the admission of fewer equities, and a growing number of retirements. In addition, firms have increased the percentage of income allocated to a bonus pool, and in many firms the capital requirements do not apply to the bonus portion of a partner’s compensation.

When determining how much capital is needed for the overall firm, firms should consider three major categories or uses of capital, including:

After several strong years of performance, and looking ahead at economic uncertainty, the time has never been better for firms to revisit and reevaluate their capital structures to ensure that contributed capital is effectively supporting the firm’s current and anticipated future capital needs.